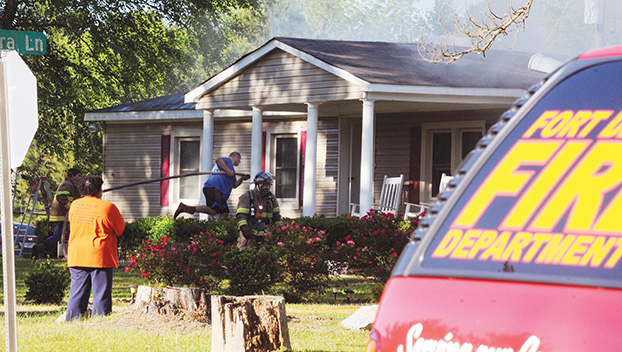 Just after 4:30 p.m. Tuesday, the Searcy and Fort Deposit fire departments were called to the 3800 block of Wagon Wheel Road near the Butler-Lowndes county line. The initial call to Butler County 911 said the residence was filled with smoke, but it was believed the fire was out. The first fire units arrived on the scene to find heavy smoke coming from the roof.

Shortly after the first fire trucks arrived, firefighters called the Greenville Fire Department for assistance. The location of the fire is about 12 miles northwest of Greenville.

The residence at 3802 Wagon Wheel Rd. sustained heavy smoke and water damage. The fire occurred at the residence that is located between Sandra Lane and Cassidy Road, just outside Fort Deposit.

Units remained on the scene until around 8:30 p.m.

Strong storms are expected to move into the region later this evening. Butler, Crenshaw and Lowndes counties have been moved... read more