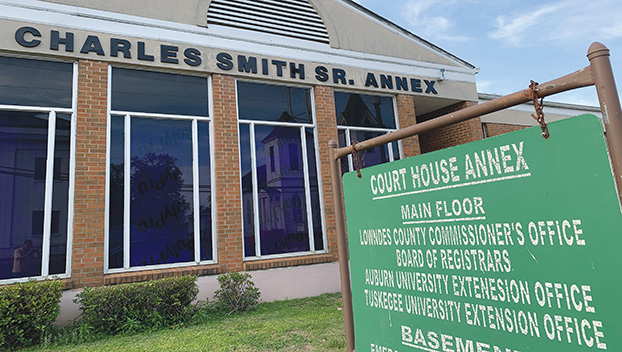 The Lowndes County Commission recently voted to grant pay increases to certain Lowndes employee due to the COVID-19 pandemic. | Photo by Mark Rogers

Some Lowndes County employees on the front lines during the COVID-19 pandemic will be receiving “hazard pay” for having to be exposed to the virus.

The Lowndes County Commission voted unanimously to grant pay increases of $2 per hour to employees at the sheriff’s office, Hulett Detention Center and highway department.

Sheriff Chris West addressed the commission Tuesday as it met via teleconference.

“I’m coming before you this morning to request hazardous duty pay for the staff at the sheriff’s office,” West said. “As you all are probably aware, they spend a lot of time out in the field trying to disperse parties and deal with infected individuals. We’re just trying to give them something to show our appreciation and support for what they are doing out there every day and night. We just wanted to put that before you and hopefully, you guys will see that as a need for our department.”

“I would also like to ask the commission to give hazard pay to the highway department because they’re out there working,” Butts said. “They’re not out there hand-in-hand with people, but they are associating and talking with people. I would definitely like for you guys to consider that. That would be for my employees only — it would not include me.”

County Administrator Jacqueline Thomas said at the request of West, she had called neighboring counties to see what actions were being taken.

“I checked to see if anybody was doing hazardous duty pay and found out that Dallas County is doing it, Butler County is doing it and several other counties are doing it,” she said. “Montgomery County has requested an increase of $2.25 an hour. Kim (West) and I came in yesterday to look at our budget. Based on what we came up with we would be able to do it from March (when the order began) until June 30. I don’t know how long this is going to last. We only went as far as June 30. If it goes further than that then I’ll have to come back to you.”

Thomas said most counties are only paying the additional money to the sheriff’s offices.

“We would be able to do the highway department and the sheriff’s department,” Thomas continued. “We can do it if the board approves it — $2 per hour.”

Commissioner Dixon Farrior made a motion to approve the request and Commissioner Joseph Bargainer seconded it. The motion passed unanimously, 5-0.

In other actions, the Lowndes County Commission: